Expressions of mental illness experiences include that of depression, anxiety, OCD and psychosis – with reflective inquiry, attempts to conceal, and other far reaching consequences. Unseen burdens are vividly described, including the weight of depression “an impenetrable blanket,” akin to a coat whose fabric is “woven” into the skin. Moments of helplessness convey a state “out of control with no mind to claim as my own” – and sensitivity to potential stigma  “the judging eyes see it all, or so it feels.” Expressions of anxiety are aptly described with “bitten lips, twirling hair, picking skin,” while her “feet had to touch precisely so” unraveling a childhood story of OCD, exacerbated by struggles and confinement – which can evoke pause at the plight of a child with OCD. Other mental states include dissociations and psychosis “as a ‘city’ … meshing with reality” – compounded by loneliness, weariness, and a lack of belonging. Yet in the midst of it all, a simple message is portrayed, “all I want you to do is sit with me” – and despite the afflictions – fortitude and a quest for the truth prevail. Hope and safety eventually ensue.

Anxiety disorders and depressive disorders are the most prevalent mental illnesses. Major depressive disorder (MDD) is the largest underlying contributor to deaths by suicide. It’s a common, treatable and often chronic disorder, frequently associated with other medical and psychiatric illnesses, whose management best requires integrated considerations – a combination of medication and psychotherapy tend to produce the most optimal outcomes.

Obsessive-Compulsive Disorder, as its name suggests, is characterized by the presence of obsessions and/or compulsions – and most persons with OCD have both. Once considered rare, it’s now known that the lifetime prevalence of OCD is 2-3% in many countries around the world – OCD is listed as one of the the top ten illnesses most likely to cause disability. With a tendency to wax and wane, the course is typically lifelong, and women are at particular risk for exacerbations. The average age of onset of OCD is 21 years, but 21% of those affected experience symptoms before puberty. Comorbid conditions are fairly common – two-thirds of those with OCD have at least one other psychiatric illness in their lifetime, mostly commonly major depression. Treatment typically includes a behavioral therapy called ERP (Exposure and Response Prevention), although cognitive and behavioral treatments are often combined, and may include psychiatric medications.

Frequently rich in expressive insights, this succinct book opens the door to a complex and courageous inner world. 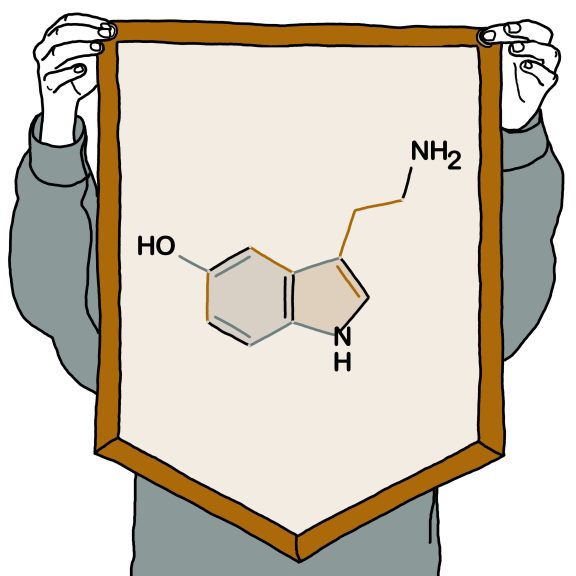