to use words to paint flowers

when you want to talk about slitting your wrists

it saves you from read koran, talk-to-God kinda advice

who cares why the petals are red

why whorls on my notepad resemble a spindle

onto which a razor-sharp blade could twist –

the euphoria, the joy – your pretty little secret

who would wonder why the anthers look pale

(maybe this is the right shade of yellow)

or why the style looks so weary and tired

(who cares how difficult it is to give birth)

they would look at the flower in its entirety

assuming you’re a person: the whole, the self

and you can smile and say, i know i can write well 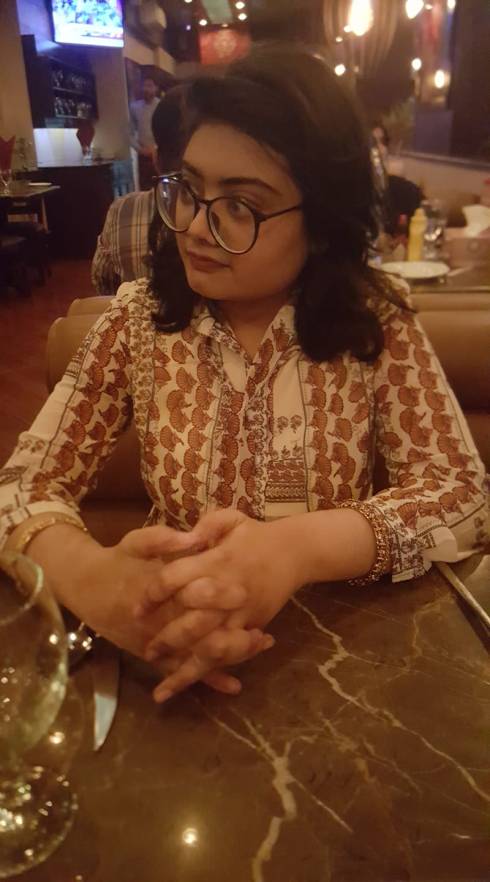 Fizza Abbas is a Freelance Content Writer based in Karachi, Pakistan. She is fond of poetry and music. Her poetry has been published or is forthcoming in quite a few journals including Poetry Village, The Daily Drunk, Indiana Voice Journal, London Grip and Poetry Pacific.

You have taken a blade to your skin so many times you do not know the number, just that it will be ten years in August on an uncertain date since the first occasion, and is, as you sit, six months since the last.

Maybe you should have started counting back at the start, but it is too late now. Too late, except to know that of all the times and there may be 100 with nicks and scratches over those ten years, of them all only one scarred.

The blood made your hands tremble.

(Maybe that was the rage, too.)

A small ridge of scar tissue, invisible to all except you who knows it is there, where to look.

The mark of what you were, once, and may be again.

(You are too old to think it will never happen again.) 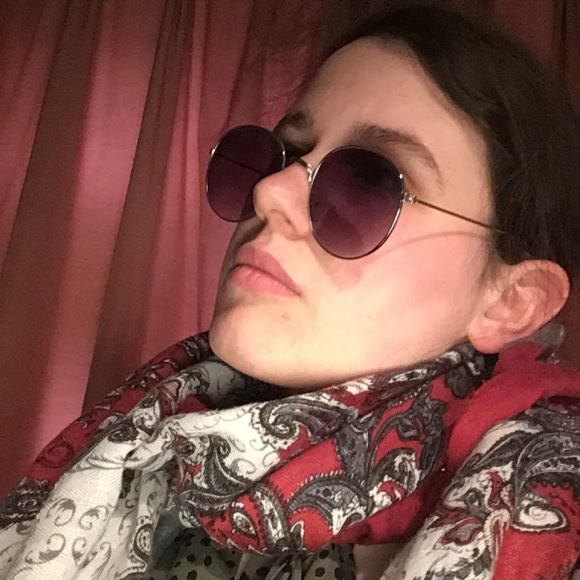 SM Colgan (she/her) is a bi writer living somewhere in Ireland. Her work focuses on emotion, history, sexuality, and relationships, romantic and otherwise. She writes to understand people who are and have been, and to ease the yearning in her heart. Her first prose pieces are forthcoming from Emerge Literary Journal and Stone of Madness Press. Twitter: @burnpyregorse.

I should stop praying to my dead self, find a way to come back into inhabiting my skin, own my soul like I didn’t in the first act of living. Imagine me floating from the river, from the sky, into my hair, then my face, then my skin & imagine mother wearing bright clothes like all expectant mothers do.

there is no such thing as resting forever,

we drink to the memories of lost one’s resting forever.

I ache to curve my mother’s face into my palms, tell her I am here but ghosts are what they are,

so instead I choose the body of a small child, mother, I am no longer gunning for my own extinction. 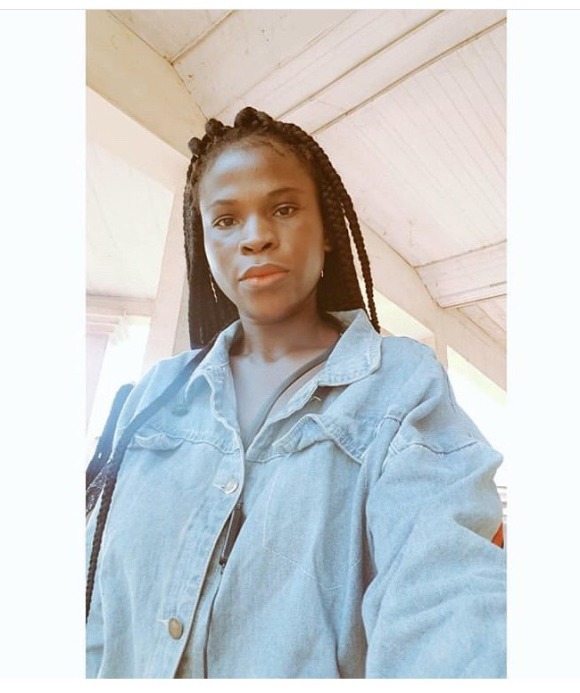 Ejiro Elizabeth Edward is a female writer from Nigeria. A passionate lover of the arts, she has been published on  Inverse journal, stone of madness, Fortunate traveler and has been shortlisted for the dark juices anthology. She loves to travel and read when she’s not been frustrated by the schools system.
Twitter: Ejiroedward552
Instagram: Bookmistress.

Exposed nerves, grateful for my touch

That only reveal themselves once the body has been split in         two.

Any flavour other than metallic;

To fill my mouth with something other than an idle tongue.

So that it might take root in my cushioned gums

But figure that there are fates worse than becoming a tree. 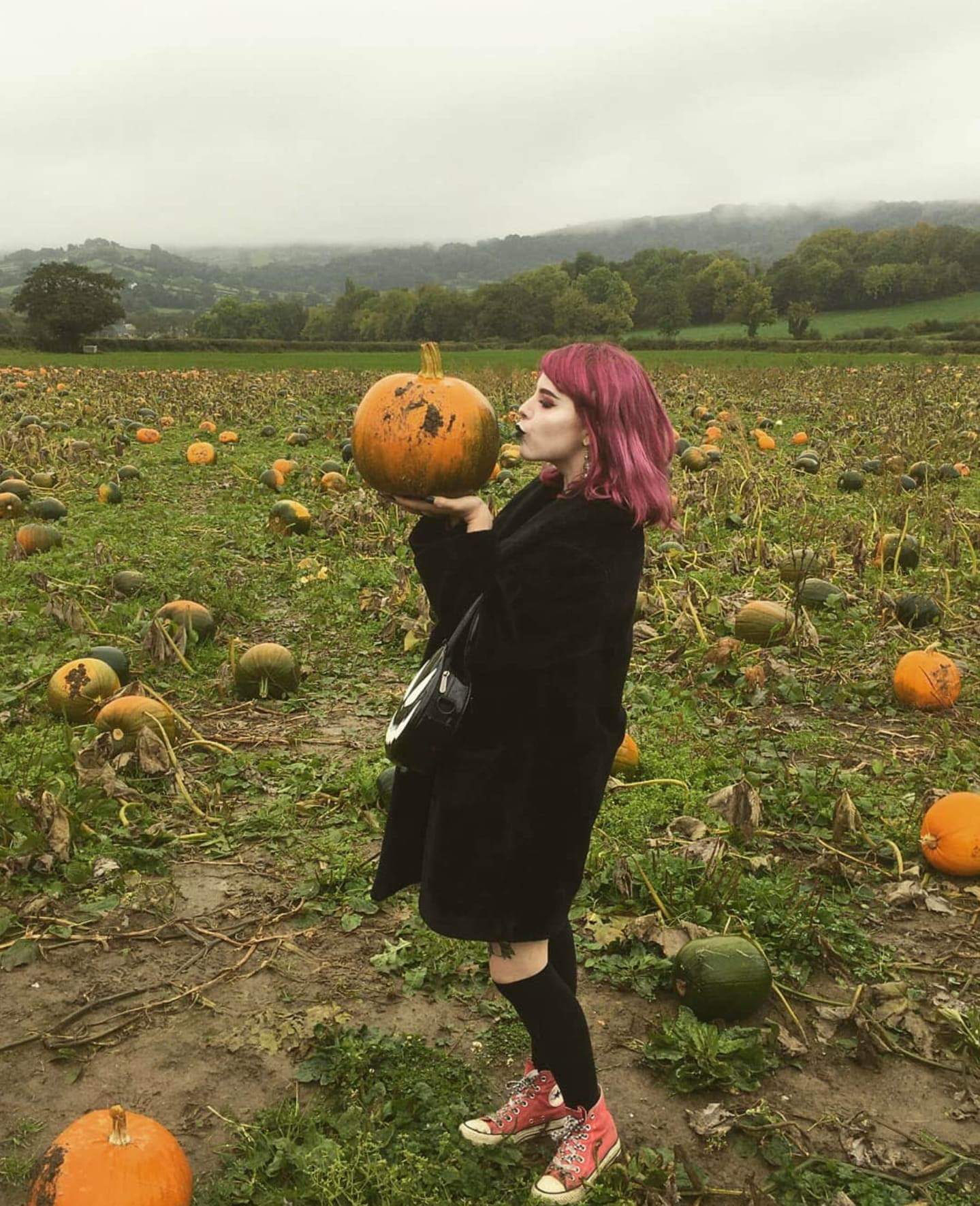 Tyler Turner is a writer and rat mom based in Sheffield, UK. Recently, she graduated from university with a BA in English and History and is to start studying for a MA in Creative Writing. In 2017, she was short-listed for the Wicked Young Writer Award.

I read once that Catherine Howard, Queen of England practiced her imminent execution by placing her head on a chopping block. She was just eighteen years old. It reminded me of how I would practice my own death throughout my childhood: stand on the edges of tall buildings, see how many pills I could fit like marshmallows in my mouth, call it an accident when I cut my fingers on sharp objects.

Years later, I learned that King Charles I wore two heavy, layered shirts during his public beheading. He didn’t want to shiver, he said, lest the spectators think he was afraid. I looked down at my arms, the long shirtsleeves hiding all unhealthy practices-turned-habits. I rolled up my sleeves and let the cool air nip at my skin, let myself shiver. 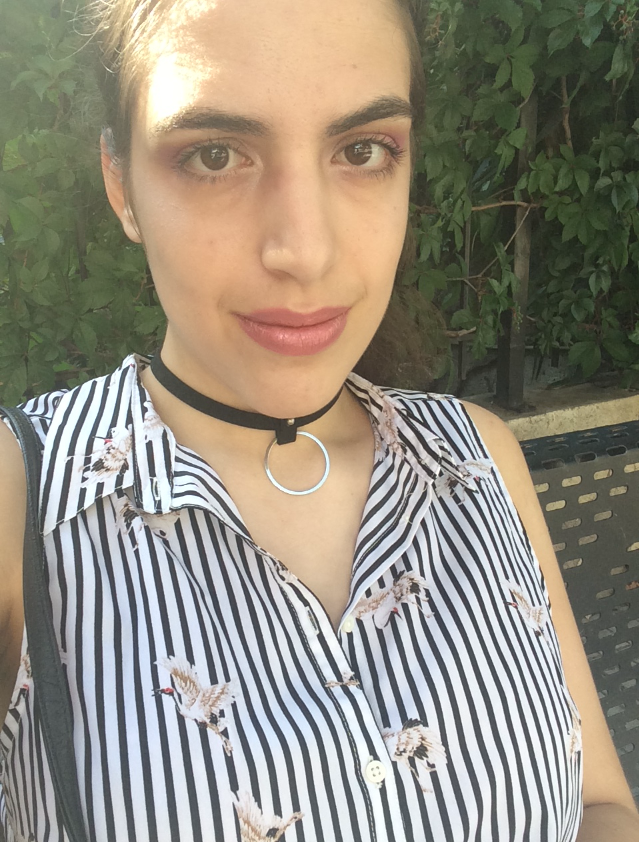 Avra Margariti is a queer Social Work undergrad from Greece. She enjoys storytelling in all its forms and writes about diverse identities and experiences. Her work has appeared or is forthcoming in SmokeLong Quarterly, The Forge Literary, Longleaf Review, The Journal of Compressed Creative Arts, and other venues. Avra won the 2019 Bacopa Literary Review prize for fiction. You can find her on twitter @avramargariti.

Maybe tomorrow, I will tell you how it feels to carry the sea in my veins

and fight, daily, to not drown.

maybe tomorrow we will discuss over a bottle of beer,

maybe I will gist about the boy who chased freedom into a bottle of sniper;

I, who had to throw out leftover sniper

because it called me with the promise of freedom

maybe tomorrow my mouth will find the words to paint the thick darkness of my dreams.

maybe my arms will gain the strength to fall, to drop it all and sail away.

say a prayer for this lost coffin;

send some flowers to ease the journey. 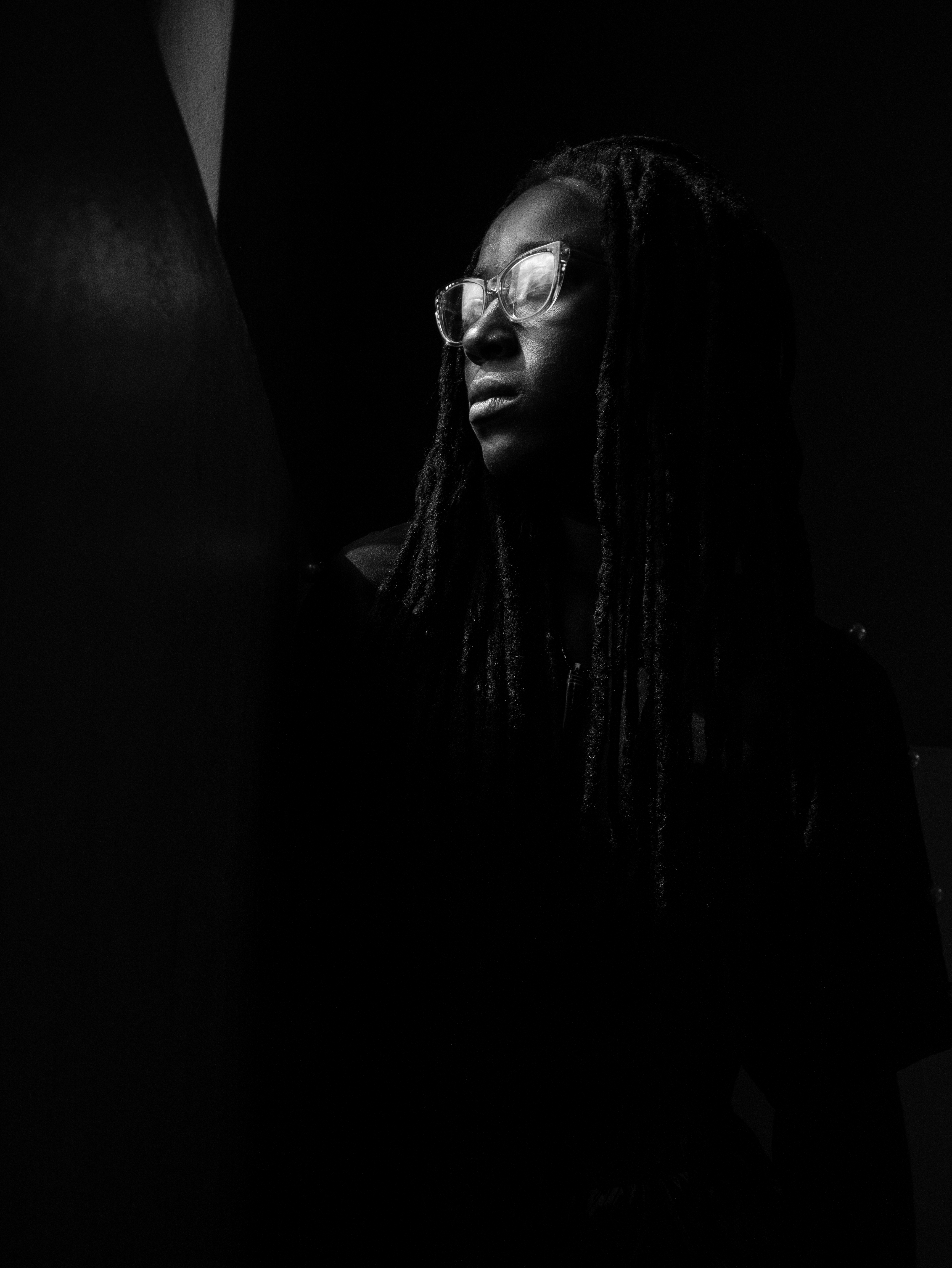 Olakitan works as a software developer/data analyst by day and a writer at odd hours. Her works have appeared in Agbowó Art, Watershed Review, Prairie Schooner, Memento and others. Sometimes, she tweets here: @kitanbelles.

She told me Dan had become distant after he witnessed her psychotic episode. Her voice was tired, and her eyes were ringed in black circles. Toni and Dan were love birds until last week when he saw his girlfriend act up in public. He must have been embarrassed; I quite understand. But wasn’t love an affair of accommodation – in sickness, and mental health?

That morning when I pushed open her door, she was tucked inside her favorite pink duvet, awake. It was visible, the dried tears on her sad face. Her hair was mangled into hysterical puffs like each hairline was in revolt. I moved closer. She broke into a weak smile which I returned by sinking into the space by her side.

“How are you, sis? Were you able to sleep?” I asked. And though I knew the answer to my question, I stared down at her waiting anyway. She smiled again. Behind her was a gift pack; it was pink, and it revealed a piece of silk fabric peeping out.

She turned her back at me.

All this was before Toni went in search of suicide by jumping off the roof. I’m her twin! Doesn’t she understand that I, too, love her? I thought of all the moments we’ve shared together – the laughs around the house, the cries from our weekend movie nights, and the many silly times we got into trouble together.

As the ambulance dashed towards the Lagos traffic, blaring its siren in order to maneuver through the fleet of cars, I looked at Toni for the first time. And somehow, my anger dissipated. The sight of her body, strapped and immobile, sank my heart in a river of fear. I watched helplessly as she held on to life with difficult breaths aided by a dingy oxygen mask. It was hard for me to understand why. Could it be that her love for Dan was so much that the thought of losing him became…? No! It shouldn’t be. A breakup doesn’t mean the end of the world, or…am I being insensitive? Was it triggered by her… I thought it best not to be the judge of my sister.

Now that I stand by Toni’s wheelchair at the exit point of the hospital, the breeze blows playfully around us as we hold each other’s gaze with broad smiles. I watch as she reaches into her fancy bag, drawing out a silk pink scarf. She tosses it in the air.

Ibrahim Williams, 24, is a Nigerian writer, satirist, and a literary advocate for mental health. He teaches the English language and currently studies it as a postgraduate student at the University of Lagos. Though blessed with the ability to play football, he is caught in a shambolic love affair with Arsenal FC. Find him @purplepicks.wordpress.com/ or @ibn_williams on Instagram. 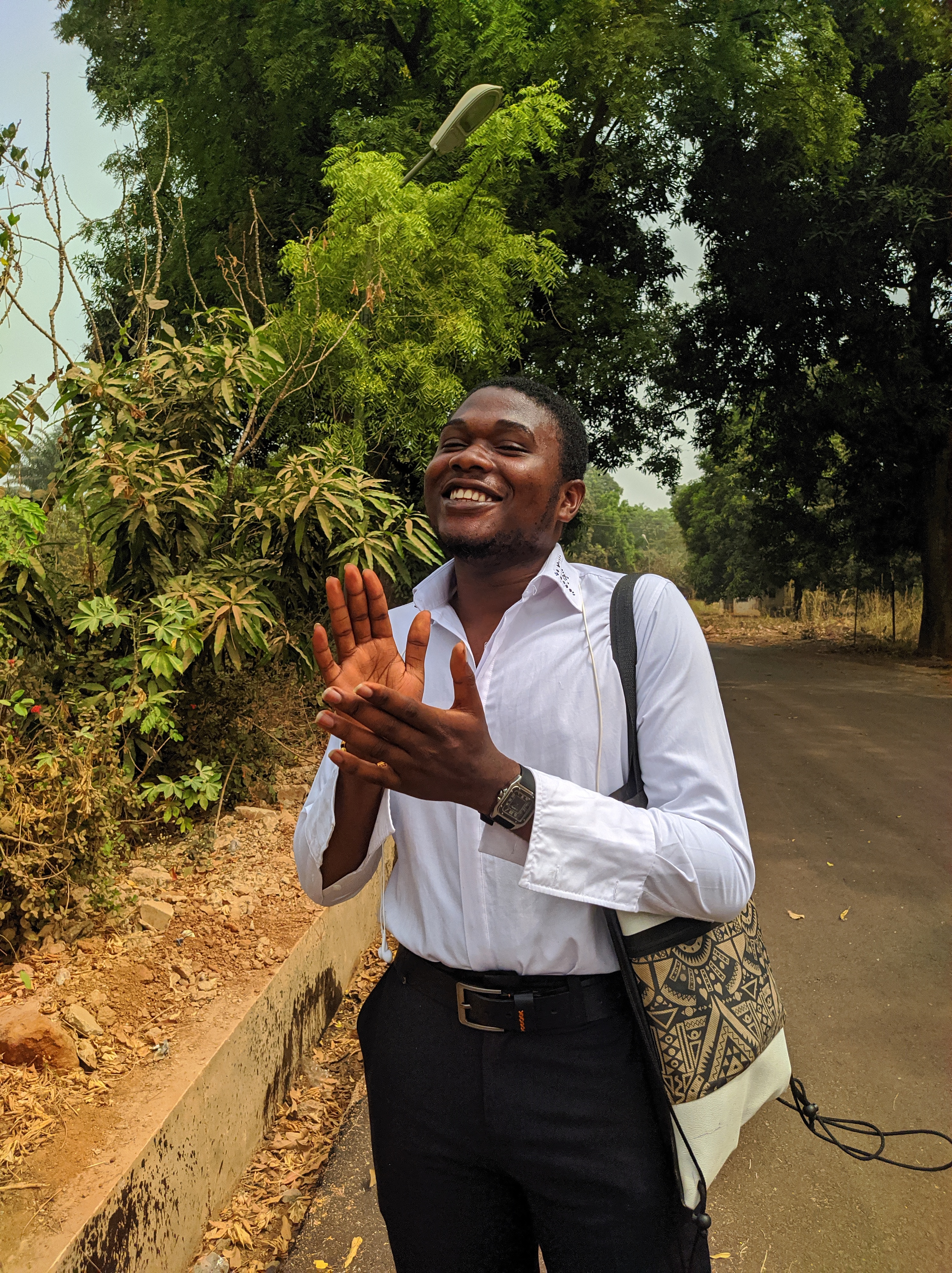 Adibe Nnanyelugo is a Nigerian poet and freelance editor who is usually inspired during bouts of melancholy. He is many things and yet nothing, a wanderer seeking to find balance in life, and can be found on twitter @adibennanyelugo and instagram @adibe_nnanyelugo

When the inevitable happens

When my mortality fades into nothingness

Will I be declared missing?

How long will everyone look for me before they forget

How long does it take to forget someone existed

How long would it take to find the body

Does it stay like the weight in my chest?

Shake like a bough of willow trees, you do it naturally… – Hozier

My body involuntarily moving to beats

I arch my back, throw my hands in the air and I dance.

Here, I am Beyonce.

My body is fluid, moving in ways I didn’t think were possible.

This is how we survive

I once learnt that some plants stretch and stretch till they find light. They would naturally bend towards the direction of light to survive.

That’s what dancing does to me.

I’m bending my body towards light

I’m bending my body towards joy

In whatever direction that is, this body will move.

So when I throw my hands in the air and let the music guide me, I hope it guides me towards joy. I hope the music leads me towards light and it always does.

This is how we survive

Johap Agbo (she/her), 19, is an igbo girl from Nigeria. She’s currently a law student based in Nigeria and writes as a form of self expression. She can be found on Twitter @johapisgrowing_

I imagine death like a getaway car,
idling quietly at the bottom
of a pile of pills

a runaway bride, a flight risk, a convict.
on dark nights I picture myself
climbing in – the familiar rush of
relief, each swallow another mile
in the rear-view mirror.

these backpocket suicide dreams knock
around with house keys and spare change,
and I drag them around like a child clings
to a soft toy, up late, unable to sleep. 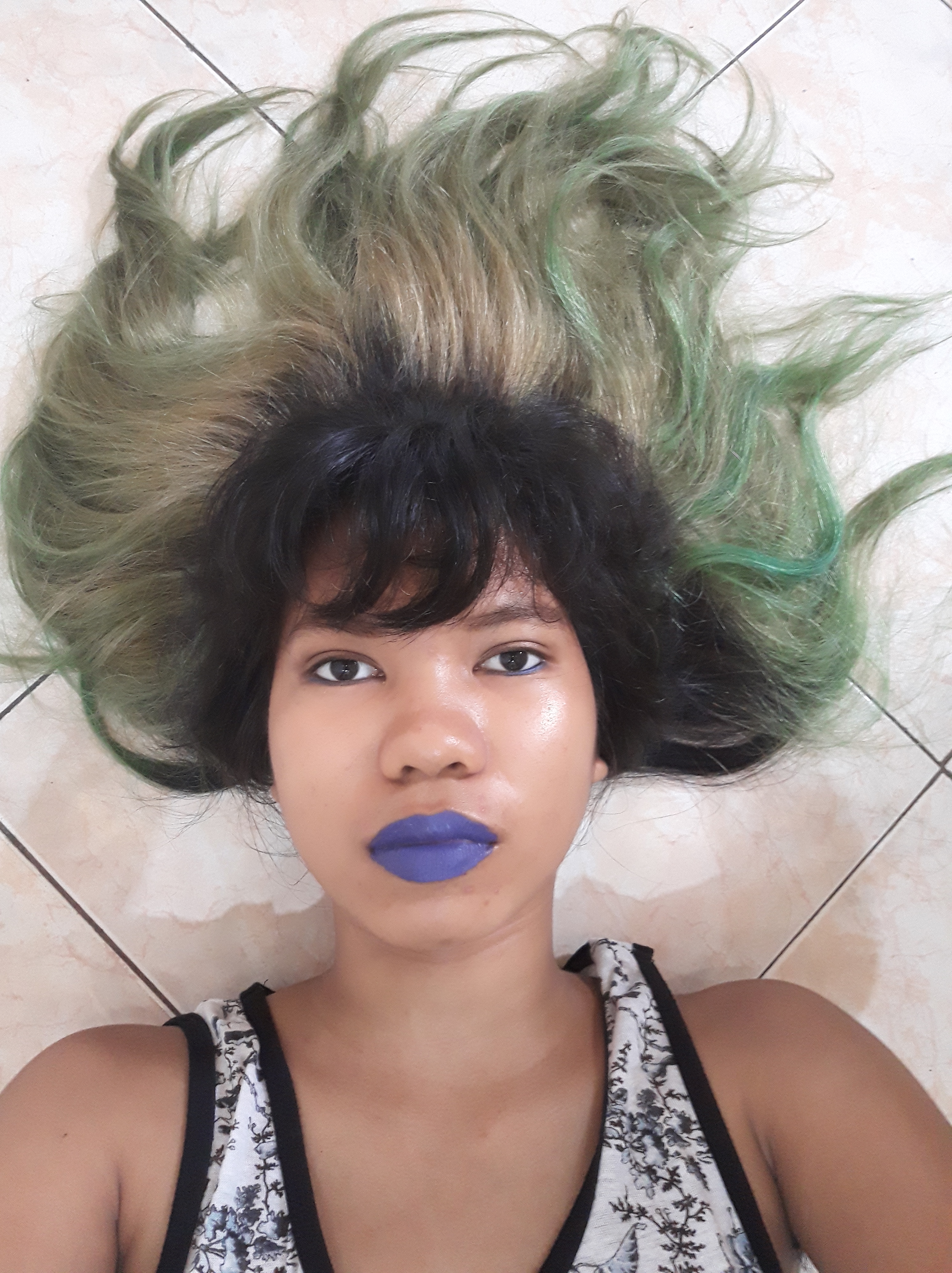 Michelle Cadiz is a poet from the Philippines. She is currently finishing her undergraduate degree in biology.